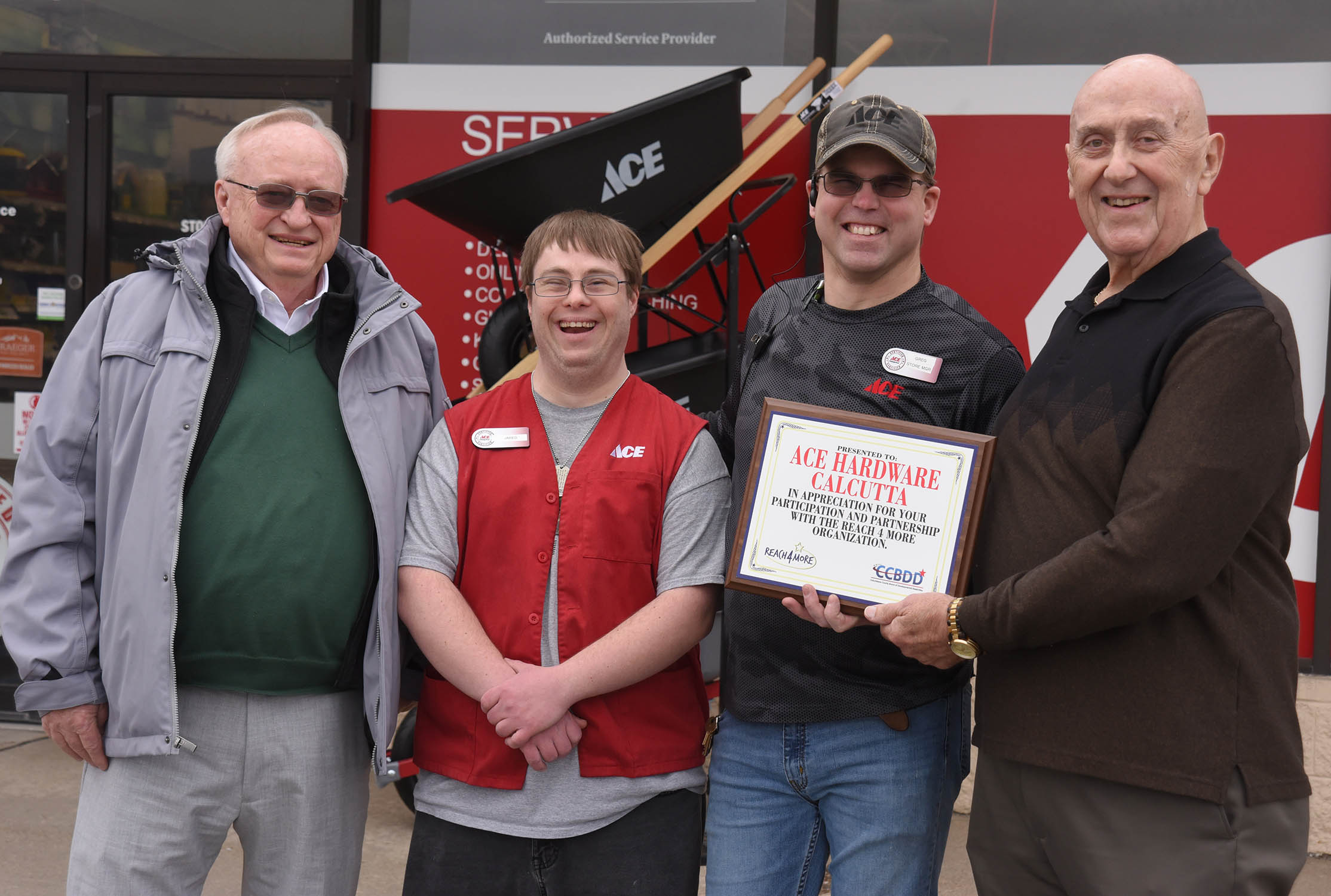 Posted at 15:20h in Uncategorized by aandric 0 Comments
0 Likes

Jared Gilbert is active in his church and Sunday school, participates on swimming and bowling teams, volunteers for a food pantry, and has a part-time job in a local hardware store. His outgoing personality wins friends in every activity and task he undertakes.

That’s a resume most young men would be proud to have. Jared is, even more so, because he has overcome a developmental disability to do all those things.

Jared, 31, has been working for Ace Hardware in Calcutta for almost a year.

Ace Hardware is being recognized by Reach 4 More, an employment program of the Columbiana County Board of Developmental Disabilities, for demonstrating that hiring those with disabilities is good business as well as the right thing to do.

His duties at the store include cleaning, stocking, helping customers, and whatever else needs to be done.

“He loves meeting people. He loves that job,” said his grandmother, Yvonne Goika. She and his grandfather, Michael Goika, who are retired, are Jared’s legal guardians. “He graduated from high school when he was 21. He has been with us for 11 years.”

The Goikas moved from New York to Calcutta a year and a half ago. “We have a son who lives in Chippewa. We found property here and built on it.”

The fact that Ohio has a good program for those with developmental disabilities was also a primary reason for locating here.

“When we moved here the pandemic was on and we started doing door drop deals. Jared filled out job applications at a lot of stores. Ace called him back.”

Since the Goikas moved here, Jared’s father also moved here from Missouri and is living nearby to be close to Jared.

Jared schedules the CARTS van to get to and from the store, located adjacent to the Calcutta Giant Eagle on Route 170.

He is active in Sunday school and church at the East Liverpool Church of God, and volunteers for its monthly food distribution to the needy. The family also is involved with Grace City Church.

“He just loves being with people,” Yvonne said.