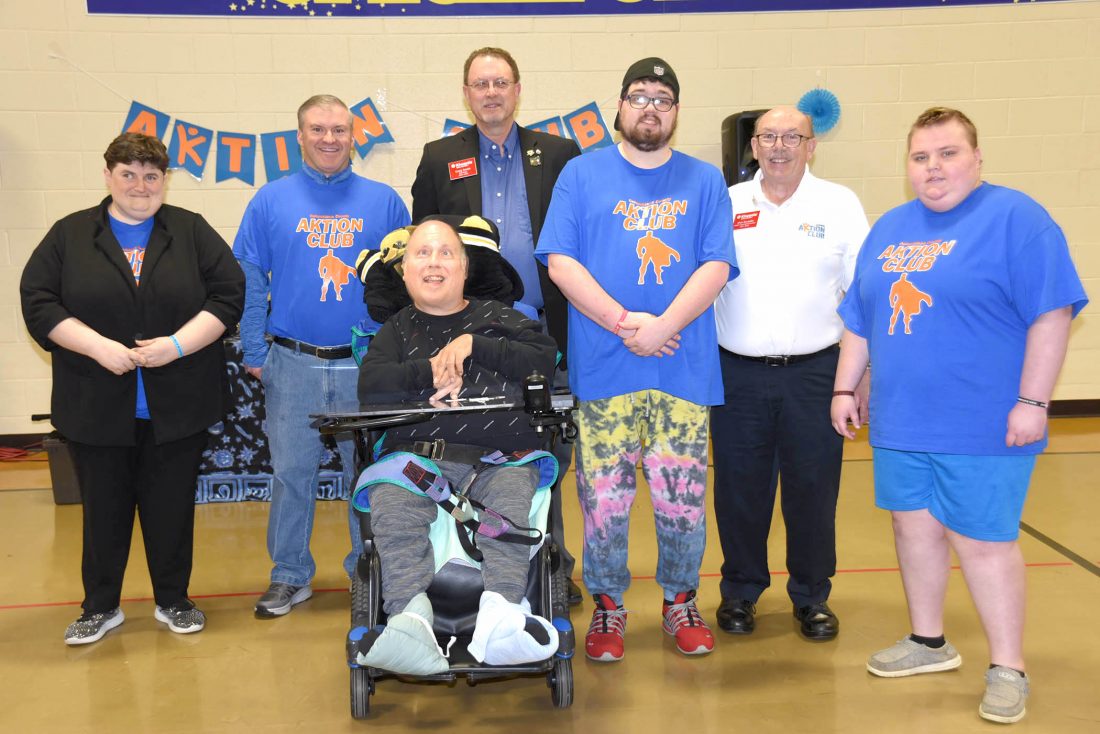 LISBON – “It is an honor for me to say welcome to the Kiwanis Family. Your club will grow and thrive and your community will be so much better for it,” Dick Brulotte told those gathered for a “charter party” to celebrate the new Kiwanis Aktion Club of Columbiana County.

Brulotte, a retired teacher from Delaware, Ohio, is Aktion Club administrator for the Ohio District of Kiwanis International. He said this is the 32nd Aktion Club in the state, and two more are in process.

Present to add his congratulations to the new club, its members and officers, at the May 7 charter party was Craig Smith of Columbus, governor for the Kiwanis Ohio District.

Smith said this local club’s president, Adrienne Gallo, recently was the first Aktion Club representative ever chosen to speak before a statewide Kiwanis Club conference in Ohio. He said her speech received a tremendous response from the 300 attendees.

“The only thing those people talked about after the meeting was her address,” Smith said.

Brulotte added, “When she finished, everyone gave her a standing ovation.”

Those attending the party in the Robert Bycroft School gym included many of the 23 active members of the newly formed service club, their family members and supporters and staff from the Columbiana County Board of Developmental Disabilities.

The club began organizing a year ago and was officially chartered by Kiwanis International last November. This was the first opportunity to celebrate the club’s launch.

In remarks at Saturday’s celebration, Club President Adrienne Gallo said, “Please send us members. There are people out there who are really struggling. We need more members.”

One of the new club’s first service projects will be to help local food pantries by stationing members at local supermarkets to asking customers entering to purchase one thing on a list of needed food items.

Ashley Arter and Shirley Bowald, who work for the board, are club advisers. It was they who came up with the idea and took it to the board and the Kiwanis Clubs of Salem and Lisbon, which are the local sponsors. Among attendees was Josh Martin, assistant superintendent of the county board and an officer in the Lisbon Kiwanis. He supported the concept to the board and the local Kiwanians.

Kim Gadd served as DJ for the party. Michael Newman gave a special rendition of the song “God Bless the USA.”

Kiwanis Aktion Clubs are the world’s only service clubs for adults with disabilities. There are more than 500 Aktion Clubs in 15 countries, according to Dick Brulotte.